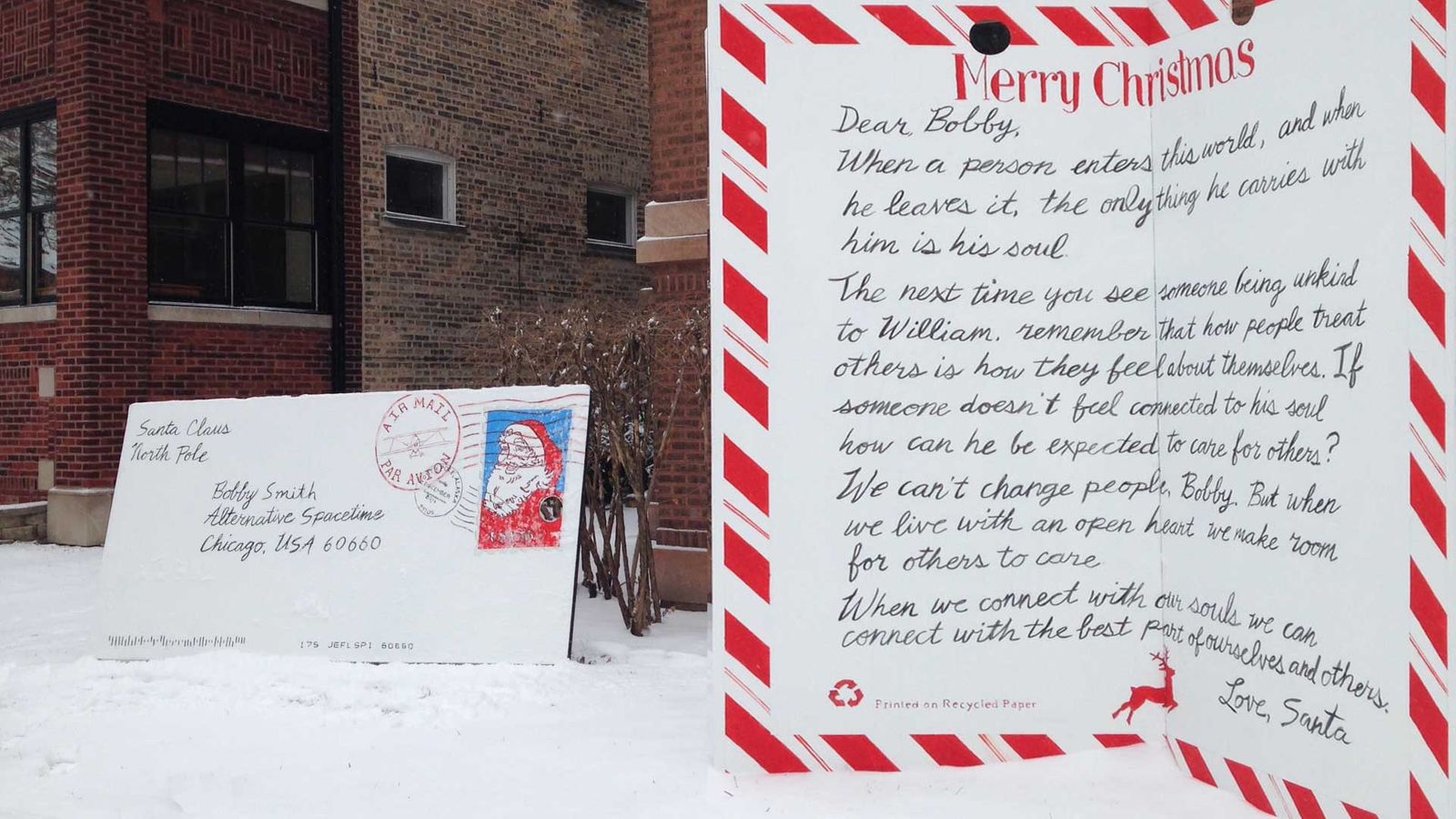 When a person enters this world, and when he leaves it, the only thing he carries with him is his soul. The next time you see someone being unkind to William, remember that how people treat others is how they feel about themselves. If someone doesn’t feel connected to his soul, how can he be expected to care for others? We can’t change people, Bobby, but when we live with an open heart we make room for others to care. When we connect with our souls we can connect with the best part of ourselves and others.

I met Alan in 1999. He had an exceptional sense of humor and bright, playful eyes. We would meet for coffee occasionally at a coffee shop in Evanston, IL called Unicorn Cafe. There, we would share absurdities and a mutual fondness for chocolate sardines, which we'd often share when we’d get together. He had a medical condition that made sitting and bending at the hips painful. He stood from the time he would wake up in the mornings until he went to bed.

That next year, I met his friend, with whom he shared a unique relationship. Alan and his friend, Abe, had been pen pals for many years before even meeting in person. Through their letters, they fell in platonic love and continued to write each other, every day, for the duration of Alan’s life.

Alan developed a brain tumor a few years later - a Gliobastoma, just like my mother’s. Abe stayed by his side through his treatments and through hospice care. After his death, she decided to cast light on Alan’s amazing inner world. He had given her approval to display their correspondence in the form of an art show. The final letters from Alan were only scribbles in the end – yet, also, they were authentic expressions of the care and connection that brought him to a life of healing and trust. You can read their beautiful story here.