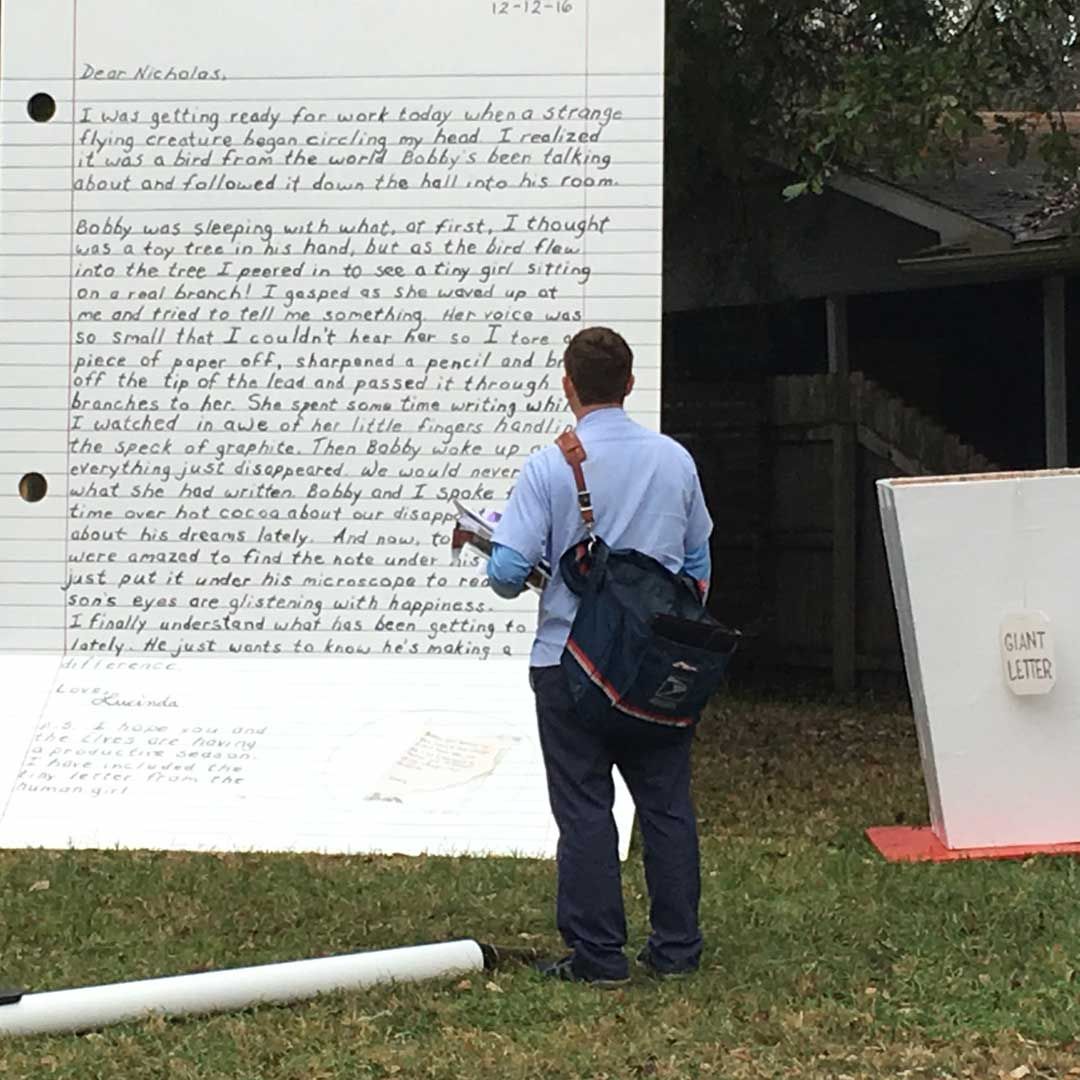 "Bobby, you saved me. You saved my village. I don’t know how you did it, but I just want to thank you on behalf of my village here on Earth. – Amira"